- June 06, 2020
Welcome on back friendos! The world is moving at a pace, we know its an altered pace from what we expect, but change is good. The change of the world towards humanity for all regardless of rank is important. We, here at the 8-Bit Dojo, continue to spread the word that #BlackLivesMatter and will continue to voice so in a positive, informative and educational manner, if and when applicable. However, the majority of our content creators provide a space to recover, recoup, and rebuild your soul from giving your all every single day for a cause that is most likely bigger than you let alone than anything one could picture being a part of. Many casters provide nostalgia and escapism, and not because they do not believe in what is happening, quite the opposite. Our casters want to help replenish and heal those that need to rest up and take on another day once again. This fight will take more than days, more than weeks and thus a long-term plan of action needs to be put in place, support
Post a Comment
Read more

Life has been devastatingly different for some, mildly inconvenient for others and a time that a lot are leaning towards escapism content. The 8-Bit Dojo continues to pump out content thanks to Extraordinary individuals providing content anyone could get lost in. Escapism is the tendency to seek distraction and most importantly relief in a high tension time. Seeking entertainment or engaging in fantasy to alleviate one's stresses can be a soothing coping mechanism. A few Extraordinary Streamer Network individuals expanding their content reach and some providing consistent weekly content listed below : F libbityflam has been providing nostalgic retro classic speedruns from Mega Man X to Super Metroid to Banjo-Kazooie 6 out of every 7 mornings in the states. ImpactedPiko creates content right in front of your eyes on a show called Friday Editing Night. Piko is one of ESN's video editors and has a major hand in many of the ESN trailers found on his Twitter . Spa
Post a Comment
Read more

March is upon us and many of us might be ending up cooped inside longer than we previously anticipated. With all this forced down time, what is one to do in such a moment of need? Catch up on your favorite pieces of entertainment?? Then ESN and the 8-Bit Dojo will be happy to provide entertainment with our March Event. March's Event will be showcased by Squadron Leader Spazee_McGee , thebestchimera , SavageBearTV , PowerCrunchTV , itsChowderBTW and ImpactedPiko . These four will dive into deep role-playing while playing a new Steam release called Squad. Squad is a squad-based, warfare game. A single match pits two factions, and each of those are comprised of smaller squads maxing out around nine players. Avaiable classes include anti-tank specialists, combat engineer, medic, and various types of riflemen. Base construction and overall teamwork will be guided by the Squad leader. The communication and overall teamwork will be on display on Saturday March 28th at 4pm PST /
Post a Comment
Read more

Zelda: A View from the Towers of Hyrule Castle

When I was asked to write this article I thought 'this should be ok, it might be a little different to what I usually write but it shouldn’t be any harder…should it?' Well I didn't really think that through did I because  it really is starting to look harder than I thought? Originally we, myself and our Editors, had an Idea for an anniversary article but this year is the 34 th Anniversary and that wouldn’t quiet make sense, so then I the Editors said, 'look at it how you think is best'. That turned out to be tougher because I have only had a few experiences of Zelda despite having played games for some 40 years; most of this time has been spent on a PC and while I do own and have owned a lot of consoles, I am a PC player at heart and while Games like Decay of Logos come close to being a Zelda game - they never captured what it is to play as Link trying to save Zelda, they are just not the same thing at all. All that said I do confess that one of my ve
Post a Comment
Read more

We are on to month 2 of a brand new year and a brand new outlook on what matters to us as an individual, a collective and especially as a family. The 8bitdojo is excited to continue to provide ground breaking and gut busting entertainment right to your screen of whatever size you choose. Thus, this month's theme is Zelda which is approaching its 34th year of existence (let alone transcendence on the gaming community - later this month we will have an article specifically elaborating on this phenomenon.) This month's entertainment will be centered around three fabulous broadcasters and a combined mixture of their talents inside the world of Zelda and more specifically within Koholint Island's trappings from Link's Awakening. February's event, provided by ESN, will be The Past, Present, and Future Zelda Anniversary Celebration. The event goes live Friday February 7th, at 3pm PST / 6pm EST on FlibbityFlam's [channel provided below]. The Past will be s
Post a Comment
Read more

2020 (in terms of eyesight) is referred to as perfect vision; however, for those that know this a little deeper its actually a measurement of visual acuity or the ability to have sharpness or clarity for an object at 20 feet's worth of distance. Acute clarity of one's mission on this streaming platform and especially in the year 2020 will be to provide the best version of 8bit Dojo 's commitment to being the gold standard of broadcasting excellence. What does that mean to the viewer? Namely, you. Well, what it should mean is a bevy of monthly showcased events mixing and matching talented, and brilliant broadcasters with one another : January 31st at 3pm PST / 6pm EST will be  ESN 's Super Smash Extreme Exhibition Tournament featuring: Flibbityflam ,  Spazee Mcgee ,  LuxinPheonix ,  AngelicaL0dico ,  SavageBearTV , Mr_Tumbleweed with announcers  General Andrews  and FrasWhar. February 7th at 2pm PST / 5pm EST will be ESN's Past, Present and Future
Post a Comment
Read more 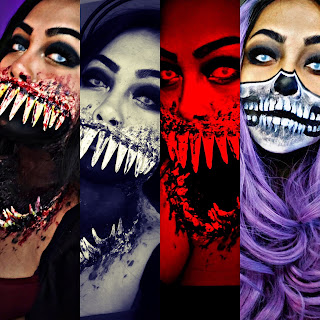